In year 2277, 200 years after the nuclear holocaust almost wiped out the entire human kind, the only people alive are the inhabitants of the few underground vaults built by Vault-Tec corporation for just such occassion. At least that is what our protagonist, known only as The Lone Wanderer, and all other kids born in vaults, were told. But when his father suddenly escapes from the vault the truth is finally revealed - not only the radiation in the world outside the vaults is low enough that short travels are possible, but also there are people living in this post-apocalyptic world. Together with the main character we set out to the ruins of Washington DC in search for the father.

Fallout 3 is another role-playing game set in the reality started by 1988 game Wasteland - the world that more or less has stopped in the American 1950s after the nuclear war and what was left from the civilization has evolved into small communities spread throughout the radiated land. This time the graphics of the game were upgraded to first person 3D world (comparing to isometric third-person view in Fallout 2 and Wasteland 2). We can explore vast area of the nuclear wasteland around Washington DC, taking up the main quests or side missions that will take us to what is left of the capital city and the surrounding areas.

The game has many features typical for RPG productions (inventory, improving the skills of the character through the experience), but also FPS games (first person shooter). With dozens of places to discover the game offers plenty of gameplay time that we will spend travelling through desert-like areas, buildings that have plenty of places with hidden stashes of goods, whole subway network system filled with mutants and rather dangerous places, not to mention the White House and Washington city center (or at least what has left of it). One of the features that distinct Fallout from other games is the Karma factor - many times we have to choose between good and evil ways to deal with the situations and each time the decission affects our Karma, but also create consequences that are sometimes hard to forseen.

On our way we will meet not only people representing different factions inhabitating the Washington DC, but also mutated creatures. Some of them have mutated from humans (supermutants, ghouls), most of them from animals (radscorpions, molerats, and mirelurks). With plenty of different weapons, dozens of items that can be found and later used or traded and lots of characters the game is one of the best in the genre. 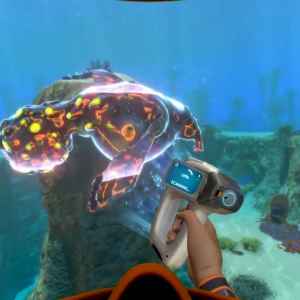 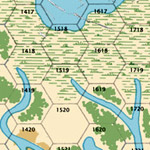