Story of The Zone scifi article

Story of The Zone by Adam 'Frey' Barczynski

The Zone has started during the Visitation event - at the same time in 6 different places on Earth strange phenomena begun to pop up within small areas, later called Visitation Zones or The Zones. No one actually saw the extraterrestrial beings that visited our Earth, nor can tell why they did visited Earth, the only thing that is certain is that withing The Zones things happen that were never seen before - strange artifacts are found, most of them with surprising characteristics, there are traps that can kill or mutilate human beings within seconds, not to mention that people buried within the Zone can come back to life. Naturally the governments of the countries that were "blessed" with the Zone, and with help from United Nations, blocked all the access to the Zones, but there are people that can enter and leave the Zone for the money. They are called stalkers.

That idea, that was born in heads of Arkady and Boris Strugatsky in 1970s, keeps inspiring and fascinating the readers and computer game players for over 40 years now. The novel "Roadside Picnic" presented the stories of few people living near one of the Zones. Main character was a stalker called Red Schuhart, who kept entering the Zone even though he realized all the dangers that lurk in the area, but the money he was earning for the artifacts he was bringing back was enough to give his family a good life. Unfortunately his daughter was born with mutation caused by the Zone, that?s why he kept returning to being stalker, to find within the Zone a Golden Sphere that could grant anyone any wish. But The Zone was closed by the military and only scientists could enter it without risking they will be shot. Richard Noonan was involved with the Institute as supply contractor, but that was just part of his activities. He is also a secret operative of unknown organization that tries to stop the artifacts being removed from the Zone by stalkers. Dr. Pilman is scientist in the Institute, who sometimes enters the Zone with Schuhart, but he is only interested in researching the area and discovering the real nature of the Zone. Pilman sees many possible explanations for the Zone, one of them is his "roadside picnic" theory - that the alien lifeforms did not stop on Earth to pass any message, to give us new technology or to prepare us for the first contact. Pilman thinks there is no deeper meaning in the Zones or Visitation, the aliens simply made short stop, perhaps even accidental, on Earth and what they left here is just litter that people leave after making a roadside picnic. 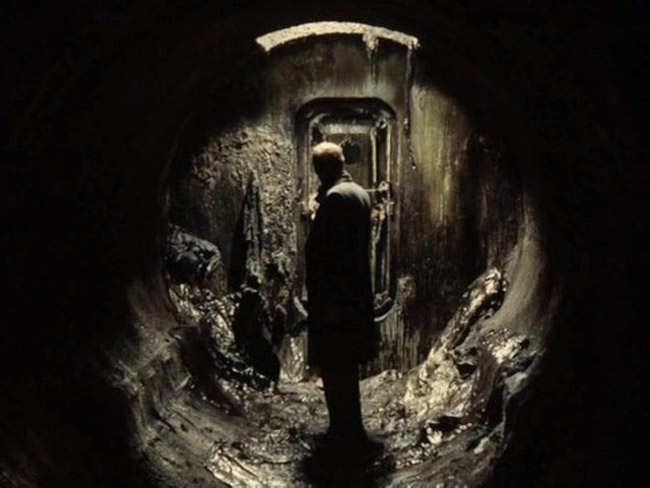 "Roadside Picnic" wasn?t first nor last Strugatsky novel that dealt with the supernatural events or areas where unexplained things happen (just to mention "Snail on the Slope" or "The Doomed City"), but the universal story of 1971 "Roadside Picnic" keeps returning in different incarnations. In 1979 Andrei Tarkovsky made the film called "Stalker" that was inspired by the novel and screenplay was written by Boris and Arkady Strugatsky. The interest in the story of Zones returned in 2007 when Ukrainian company GSC Game World published their first S.T.A.L.K.E.R. series game called "S.T.A.L.K.E.R.: Shadow of Chernobyl". Although the game wasn?t adaptation of the novel it tok heavily from the Strugatsky idea - the plot was moved from the Visitation Zone to Chernobyl Exclusion Zone (area evacuated and closed down by the government after the 1986 Chernobyl Nuclear Power Plant disaster), but rest of the story remains almost the same. 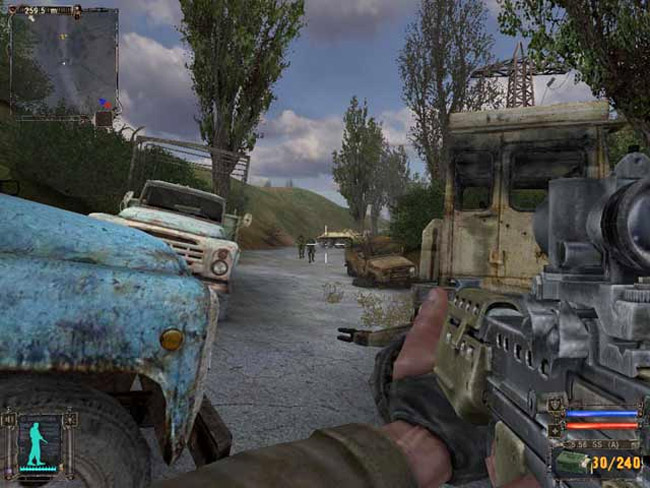 Again we have here the stalkers, who enter the Zone despite the military barrier, to collect the artifacts, again we have supernatural traps, but contrary to the novel the Zone around power plant is inhabited by the groups of stalkers or bandits, which makes the travel through the area very risky. Also the nuclear radiation is present in the area and caused the mutation of the animals, who can attack the player. The story of S.T.A.L.K.E.R. begins with the main character waking up near the military barrier without any recall of who he is and what he is doing inside the Zone, the only thing he recalls is that he has to kill someone called Strelok. With the explanation he can get from stalkers and the black market dealer the main character sets out to the Zone and soon learns the dangers of the area and also the legendary Wish Granter - a monolith set somewhere inside the nuclear power that can grant any wish.

The similarities between novel and game are rather obvious, but "S.T.A.L.K.E.R.: Shadow of Chernobyl" was made with a lot of skill and involved a lot of clever ideas that made the game one of the legendary FPS (first person shooters) even though it was completely different from the others. While discovering the mysteries of the Zone (and there are some really good mysteries) we have to enter the places like abandoned underground laboratories, deserted factory buildings, Red Forest (that actually exists in real life Chernobyl), ponds filled with irradiated water, dark passages that can make you fill your diaper instantly. But what made the game so special wasn?t the element of horror (some people say it isn?t even horror), it was the atmosphere taken from "Roadside Picnic" that you are all alone in the area that can kill you instantly through traps, radiation, mutated animals and... let?s just say other surprises. There are oasis, where you can feel more or less secure, but when you set out into the Zone you have to plan what weapons to take, how much ammo will you need, take something to eat, something to heal the wounds or overcome the radiation. 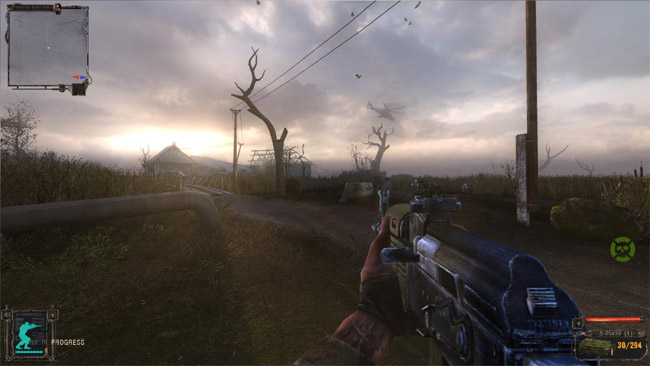 "S.T.A.L.K.E.R.: Shadow of Chernobyl" was superior to other similiar games and that?s not surprise that a year later creators developed the sequel called "S.T.A.L.K.E.R.: Clear Sky" that again took place in Chernobyl Exclusion Zone with few extra locations that those that were used in first game. Also the concept of the game have changed, the supernatural part of the story was somehow less interesting and less important, the focus was places on the fights between the factions for the domination in areas of the Zone. "Clear Sky" also introduced a concept of Emissions, sudden bursts of energy that kill all the living creatures that were not smart enough to hide somewhere and were caught in the open space. But apart from that the whole concept was exactly the same - we again have to reach the nuclear power plant while following the story plot and planning carefully each step. Unfortunately the game was actually a step back - from dark and intense "Shadow of Chernobyl" we moved to events that took place earlier and actually "Clear Sky" was a bit too "clear" to be competition for "Shadow of Chernobyl". 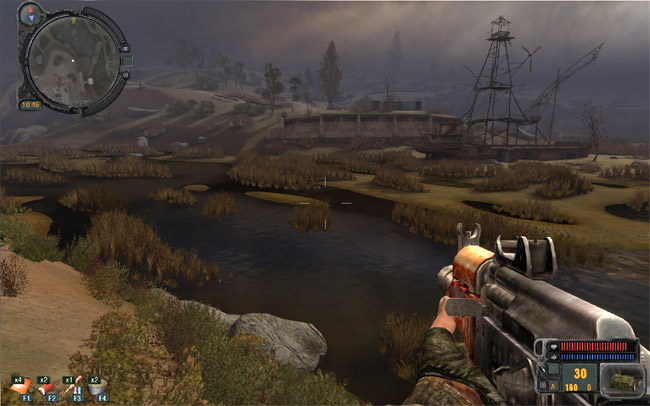 In 2010 another game called "S.T.A.L.K.E.R.: Call of Pripyat" was released and even though again it took place in the Chernobyl Exclusion Zone the whole idea was changed as well as all the locations. This time we enter the Zone from other side of Chernobyl and with completely different character - Major Degtyarev from Ukraine Security Service - we are sent into the Zone to gather any information about the military expedition that was sent into the area on board of five helicopters. The contact with the pilots was suddenly interrupted and most probably the helicopters have crashed somewhere within the Zone. The Zone itself have changed slightly - the stalkers, bandits and other factions have found pretty good locations to actually live within the Zone even though the Emissions are real danger and the mutated creatures that roam in the area. The plot itself takes us through again rather spooky places around the safe oasis and again we have quite interesting mysteries to unveil. And while the game is similar in concept and basic elements to the original "S.T.A.L.K.E.R.: Shadow of Chernobyl" the whole project was too planned, too measured, too ordinary. For example the locations of mutants are very specific and rarely they leave their areas, the locations we have to visit in the Zone are set well apart from each other and we have to visit them only once, there are no locations without purpose, etc. Also the Zone itself, even though filled with mutants and spooky places, is much more friendly place, f.e. the traps are limited to very small areas, you can easily run between the locations completely avoiding the mutants, you can easily reach a safe place when the Emission alarm sounds, the stalkers and bandits are rarely hostile, etc. Overall it was interesting closure for the series, but lacked the atmosphere and the feeling you are alone in the hostile area.

The success of the S.T.A.L.K.E.R. games inspired other creators and "Call of Pripyat" wasn?t the last incarnation of the "Roadside Picnic". In 2003 in Finland a stage play called "Stalker" was produced, in 2006 Lithuanian game "PSI: Syberian Conflict" was released and the plot takes place in the Zone, in 2008 tabletop role-playing game called "Stalker" was published in Finland, in 2012 low budget movie called "Vyďż˝hyke" ("The Zone") was based on the novel as well as the 1979 Tarkovsky movie. In 2005 Dmitry Glukhovsky published novel called "Metro 2033" that presents the post-apocalyptic vision of Moscow in which survivors of the nuclear holocaust are forced to live in the tunnels of Moscow metro system. On first glance the concept does not seem to be similar to "Roadside Picnic", but there are few elements suggesting otherwise. 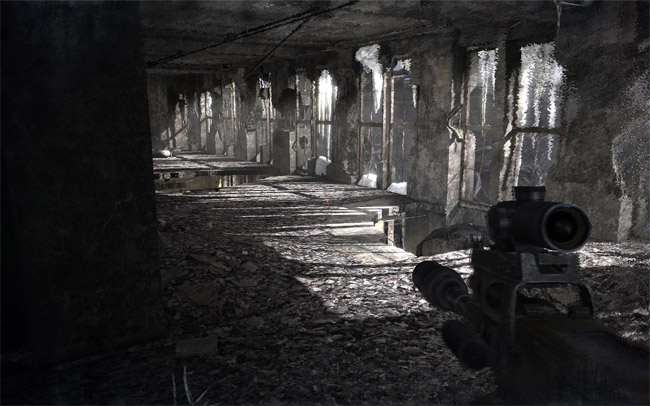 The novel, and later the games based on the novel, show the mutated animals roaring the surface while the people are trapped in the underground stations, but some of the survivors, try to travel in the underground tunnels between stations or some of them, called stalkers, even risk travelling on the surface. Those are very dangerous places, filled with various kinds of monsters and traps, not to mention the alien race called Dark Ones, who has supernatural powers. The novel, and it?s sequel called "Metro 2034", were used as base to create computer games "Metro 2033" and "Metro Last Light". Both tell the story of Artyom, who sets out from his home station with mission that is vital for the whole underground world the people have created. A lot of elements in "Metro 2033" are very original, but one can?t help the feeling that the spirit of "Roadside Picnic" and "S.T.A.L.K.E.R." is in that story. 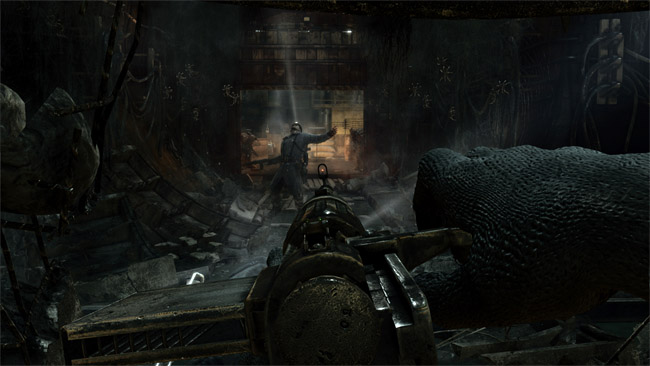 Since 1971 the concept of Zones where anything can happen are fascinating the readers, writers, player and creators, right now there are several online games that were inspired by "Roadside Picnic" or rather "S.T.A.L.K.E.R.", several books and films, rumours are that even the TV series might be produced showing stalkers walking through the Zone. What is so fascinating in it? Perhaps the unknown, perhaps the good old-fashioned treasure hunt, perhaps the mystery, perhaps the danger or perhaps the unmistakable feeling you get entering the Zone, but whatever it is the heritage of Strugatsky?s Zones will live on.