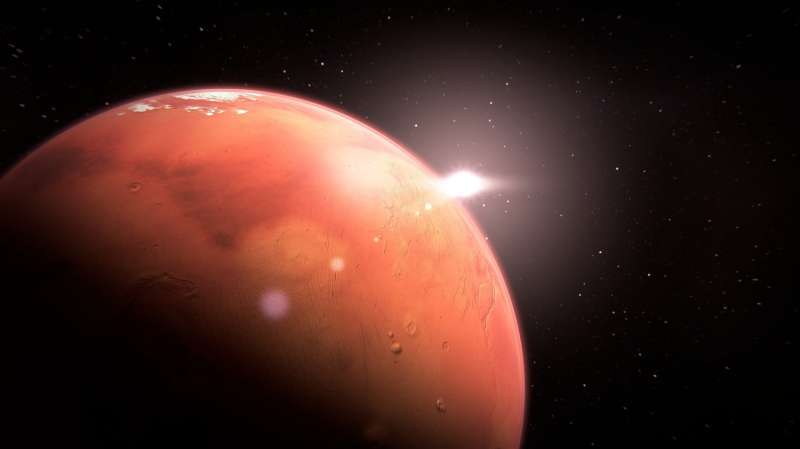 The crew of Ares spaceship awakens from suspended animation while closing on Solar System. As Mitch, Lemmy and Doc find out Captain Jet Morgan is now and elderly man, while they are still in their prime. Due to malfunction he was unable to make use of the hibernation and through the years he, alone, was taking care of the ship. Now, low on fuel, he woke the others up, because they have to make a decision on how to reach the Earth. Soon they pick up signal from surface of Mars, where mining cooperation established a base. Technologically outclassed, Ares is no match to modern vehicles, so the crew sees no other option than use help of the mining corporation hospitality. At first they are amazed by how the technology has progressed while Ares was away, the materials they are given draw a picture of magnificent projects being underway. Nevertheless Captain Jet Morgan begins to notice tiny scratches on the surface of this in immaculate image they are show and begins to suspect that the mining corporation may be hiding some secrets.

Stand-alone episode being part of the Journey into Space classic radio series - crew of Ares tries to adapt to the new reality, but at the same time has to be careful not to trust the wrong people. Frozen in Time, together with two other special episodes, were made years after the broadcast of original series, but kept the atmosphere and the style of Journey into Space, while the story itself was made on a smaller scale.

Creators of Frozen in Time

Cast of Frozen in Time 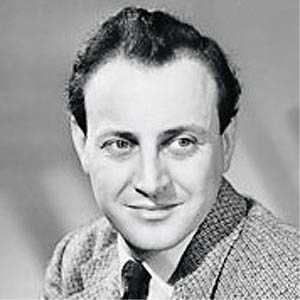 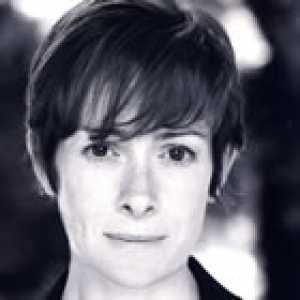 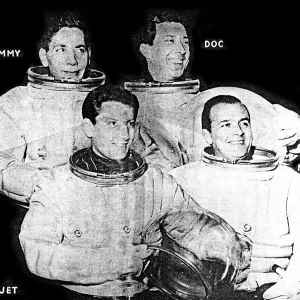 The World in Peril

Third part of the Charles Chilton trilogy Journey into Space that managed to gather more audience than television programs during original broadcast. 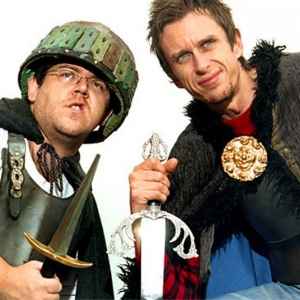 The Sofa of Time

Milford and Parker, two soft furnishings factory workers, lost their job, but while they were clearing out their lockers they have found a parallel world behind one of them. 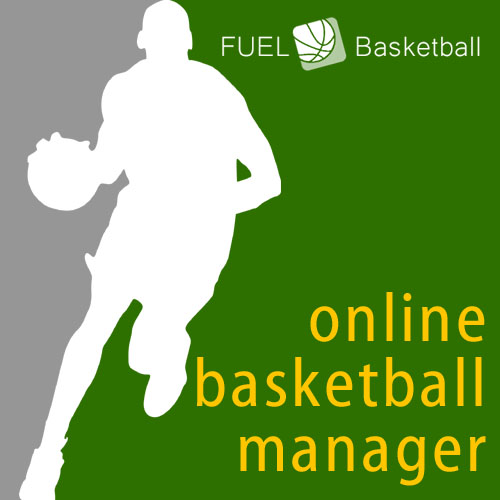