Eric Benerall, wealthy shipowner is concerned when another of his ships disappears while crossing the Bermuda Triangle. He decides to do something about it, so he gathers a team of 4 professionals (weather specialist, sea specialist, psychic and a journalist). He offers each of them 5 million dollars if they can give him the solution what happened to his ships. They start on board of the ship that did not disappear, but 19 crew members were killed during the crossing of Bermuda Triangle and strange artifacts were found, like 15th century golden cross...

Miniseries based on the theories surrounding the Bermuda Triangle, but this time the approach is much more reasonable and almost scientific. The plot starts really interesting and really involving, but with time loses some of its appeal and the whole story reaches the level of 1950s horror movies. It was good idea, good beginning, but it was all wasted on the way.

Creators of The Triangle

Cast of The Triangle 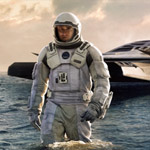 Collapse of human kind is inevitable due to food shortages. Scientists try to make use of wormhole leading to another universe and find suitable new planet. 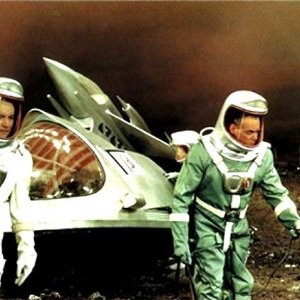 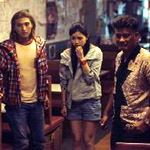