Wealthy businessman Hannon Fuller has spent years on creating the computer generated virtual reality, but even though the system is not yet finished he often visits the other reality. He recreated Los Angeles from year 1937 to sink into the world he remembered from his childhood. After another trip to fancy hotel he leaves a letter with the bartender stating that someone will turn aks for it soon. Fuller returns to a house in the suburb, where he lays in bed and wakes up back in the reality. He visits a bar, phones his employee and moments later someone stabbed him to death. Douglas Hall, the employee that Fuller called previous night wakes up and finds blood stained shirt in his bathroom. Soon police investigating the murder of Fuller contacts Hall, who begins to suspect he killed his employer, but can’t remember it. When he hears the message from Fuller, who said that he left a message for him in the simulated reality that changes everything, he decides to enter the computer simulated reality. Soon discovers what Fuller meant by "changes everything".

Interesting sci fi movie built on a verge of reality, computer simulated world and parallel universes. Hall visits the computer simulation and finds that it is hard to tell which is reality and which is simulated. Based on a novel by Daniel Galouye the film keeps the style of f.e. Philip K. Dick, where different realities begin to merge. Up to a point it was a very good movie, but second part is worst than could be expected.

Creators of The Thirteenth Floor

Cast of The Thirteenth Floor 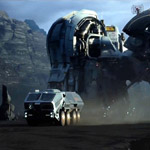 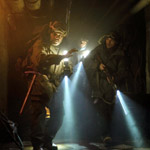 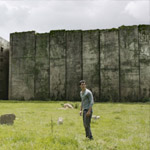 Young man wakes up in small land surrounded by huge stone walls. He can’t recall who he is, where he is or who are the people around him.