The Day After Tomorrow (2004, United States)

The scientists are observing strange phenomena in Earth climate - huge storms are forming over Europe and North America - but the politicians still are denying that it can have anything to do with the global warming. When another super storm is forming over Siberia Jack Hall realizes that it could mean a disaster for human kind. He tries to contact his son in New York and warn him, but it is already too late and soon whole Manhattan is flooded. The climate takes nasty turn and most of the United States is covered in snow.

Disaster movie that shows how the climate changes can affect our lives or even end our lives. Not bad idea to show the dramatic switch back to the ice age was unfortunately wasted on completely unnecessary plot that involves Jack Hall trying to help his son. Good premise, impressive CGI, but overall average movie.

Full The Day After Tomorrow

Creators of The Day After Tomorrow

Cast of The Day After Tomorrow 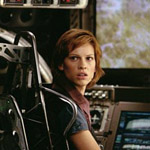 Scientists has to reach the Earth core to restore the balance of magnetic field, otherwise whole human kind can be destroyed. 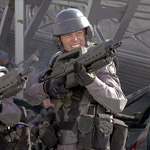 Durign the colonization of far planets the settlers from Earth are attacked by alien species, so human kind prepares a military expedition to take care of the enemy. 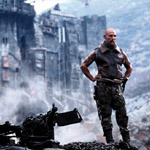 In the world dominated by dragons the people are the endangered species that has to fight for survival.