When all the flora on Earth has extincted few commercial freighters were placed orbiting Saturn with giant greenhouse moduls, where last surviving specimen of plants and animals are kept. Freeman Lowell is crew member on one of those ships, Valley Forge, and is taking care of the plants. When orders from Earth recall them to commercial duty Lowell can’t accept the order to destroy the greenhouses. When other crew memebers are preparing to blow up the modules he defends his garden and kills a crew-mate. Believing that his cause of preserving the ecosystem is vital for whole humanity he manipulates the central computer and other two members of the crew die in explosion. Now all alone with the last greenhouse he drifts away and with help of three service robots he plans to preserve the last piece of forest in the Universe.

Science fiction movie with strong ecology overtones - in the reality where all the plants on Earth have died the only man that still tries to preserve the flora will stop at nothing, even murder. Film with interesting concept, but the plot is very simple and rather disappointing. 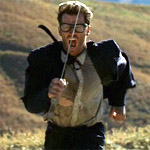 In post-apocalyptic United States lone warrior called Buddy seems to be the best candidate as next king. But will he live long enough to prove that he is worthy? 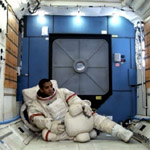 The manned mission to moon of Jupiter is interrupted when one of the astronauts is killed in accident. The other one has to survive 3 years in solitude. 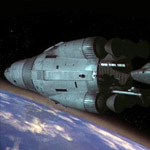 Journey to the Far Side of the Sun

When new planet is detected on the orbit of Earth, but on the other side of the Sun, the mission is sent to gather more infomations about the object.